Skip to content
What to see and do / Nature 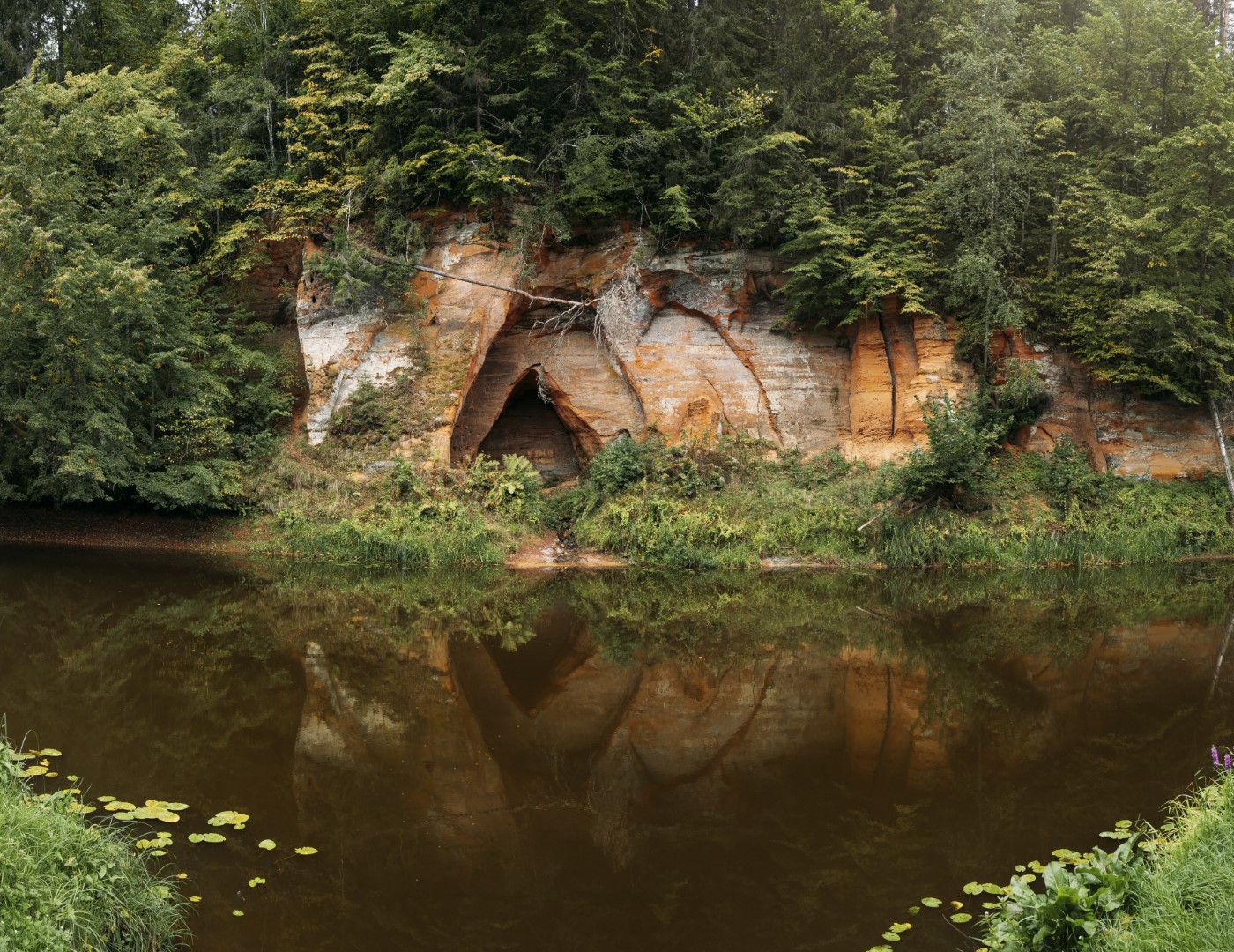 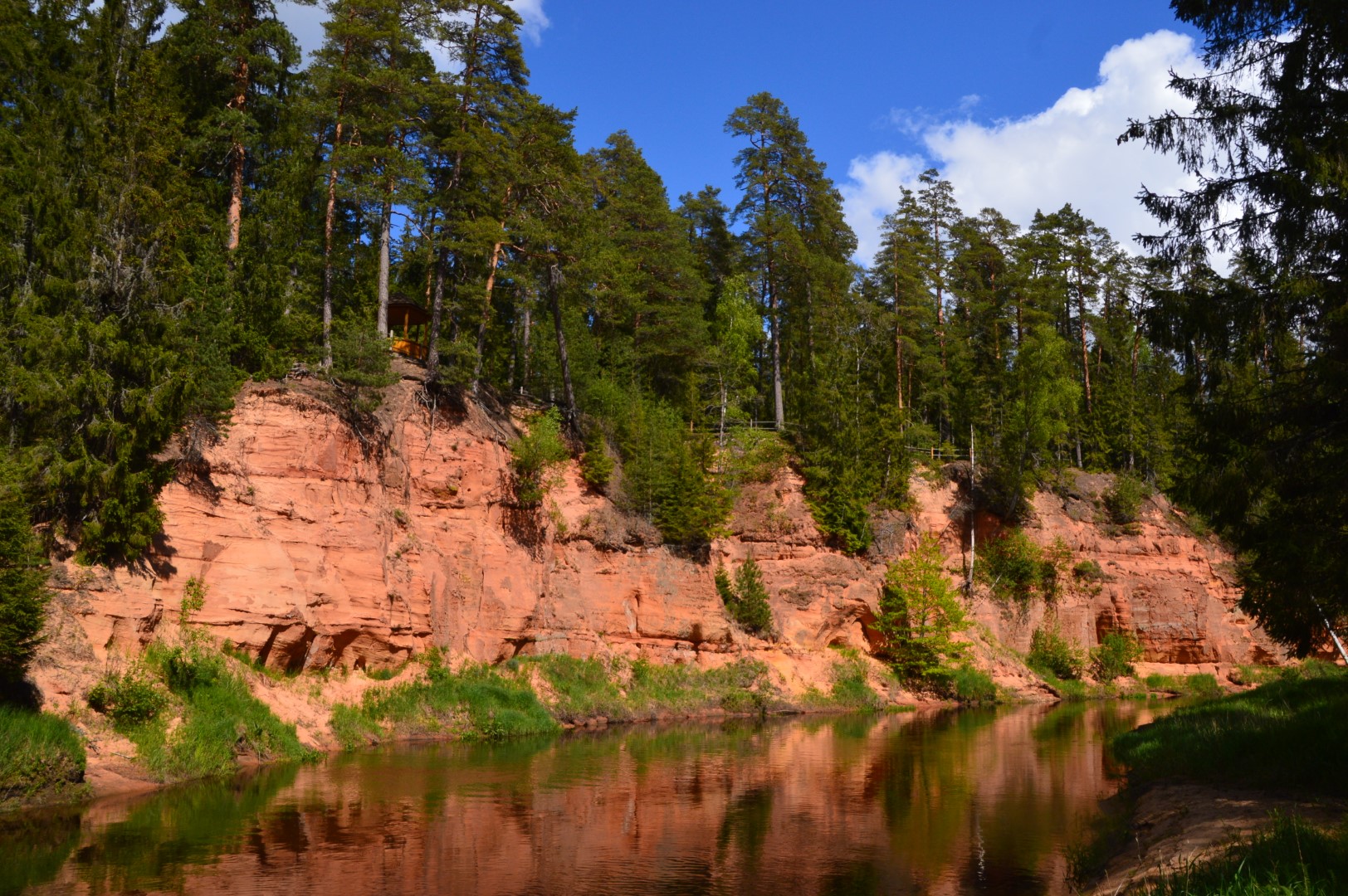 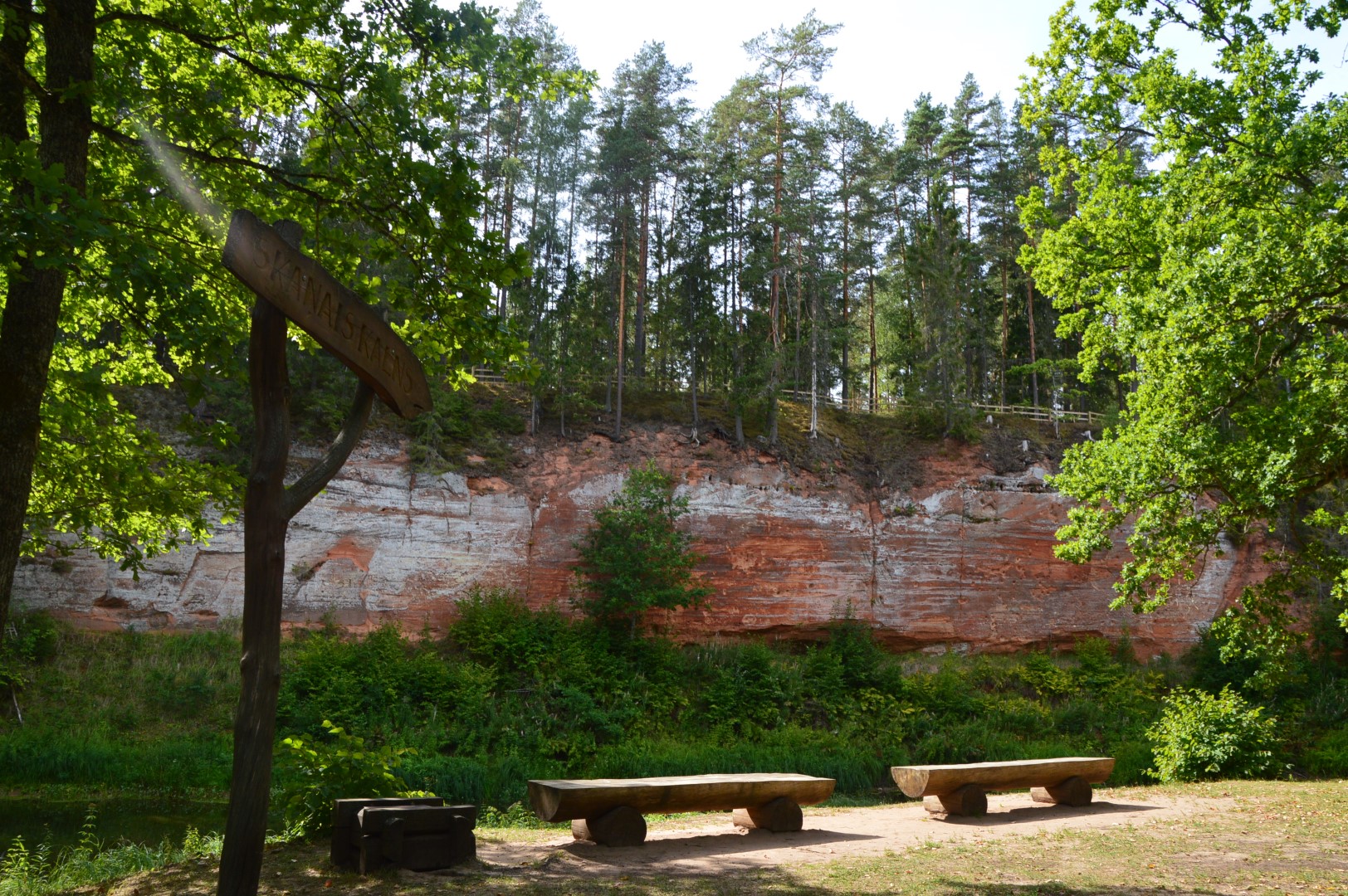 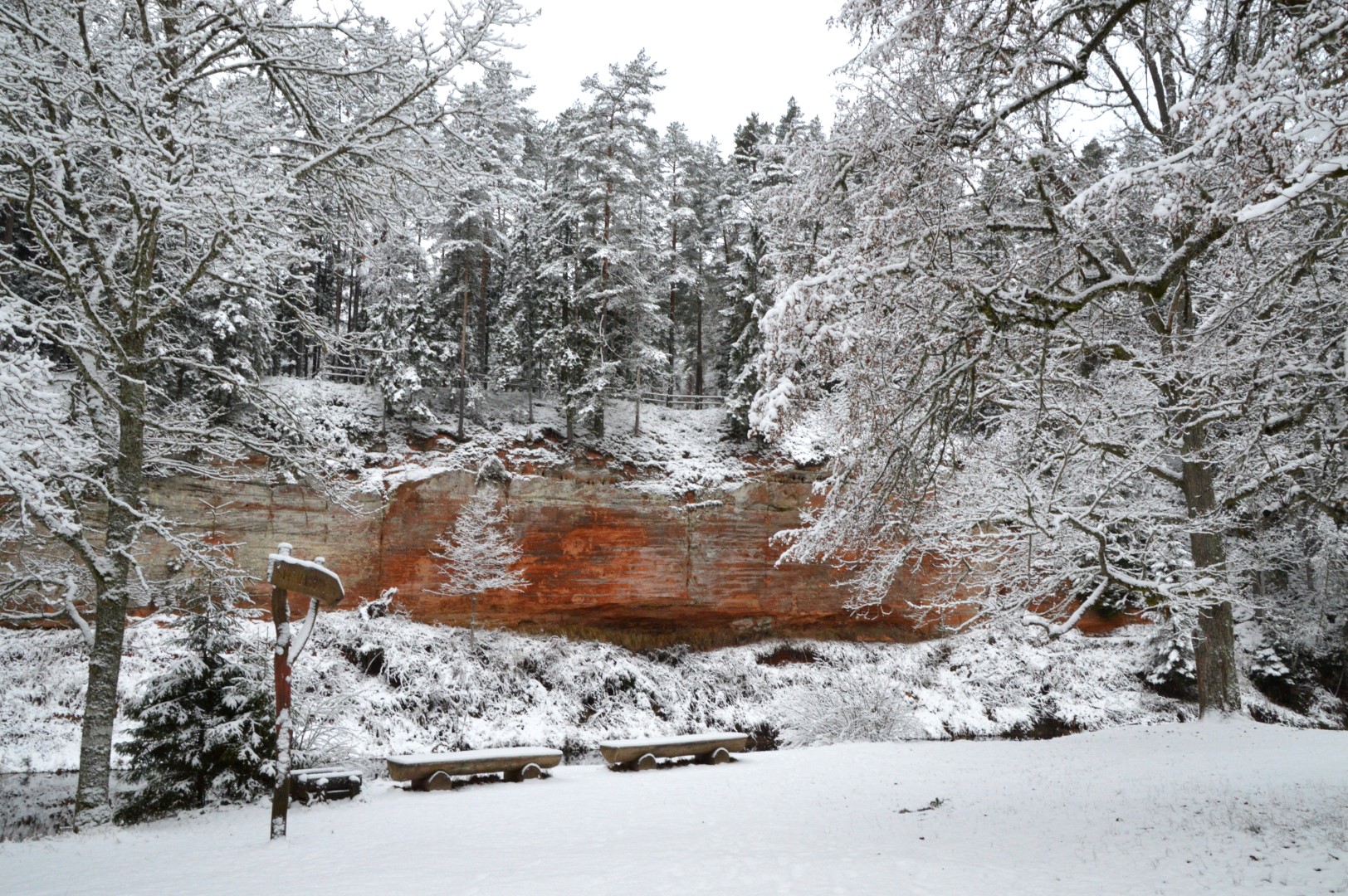 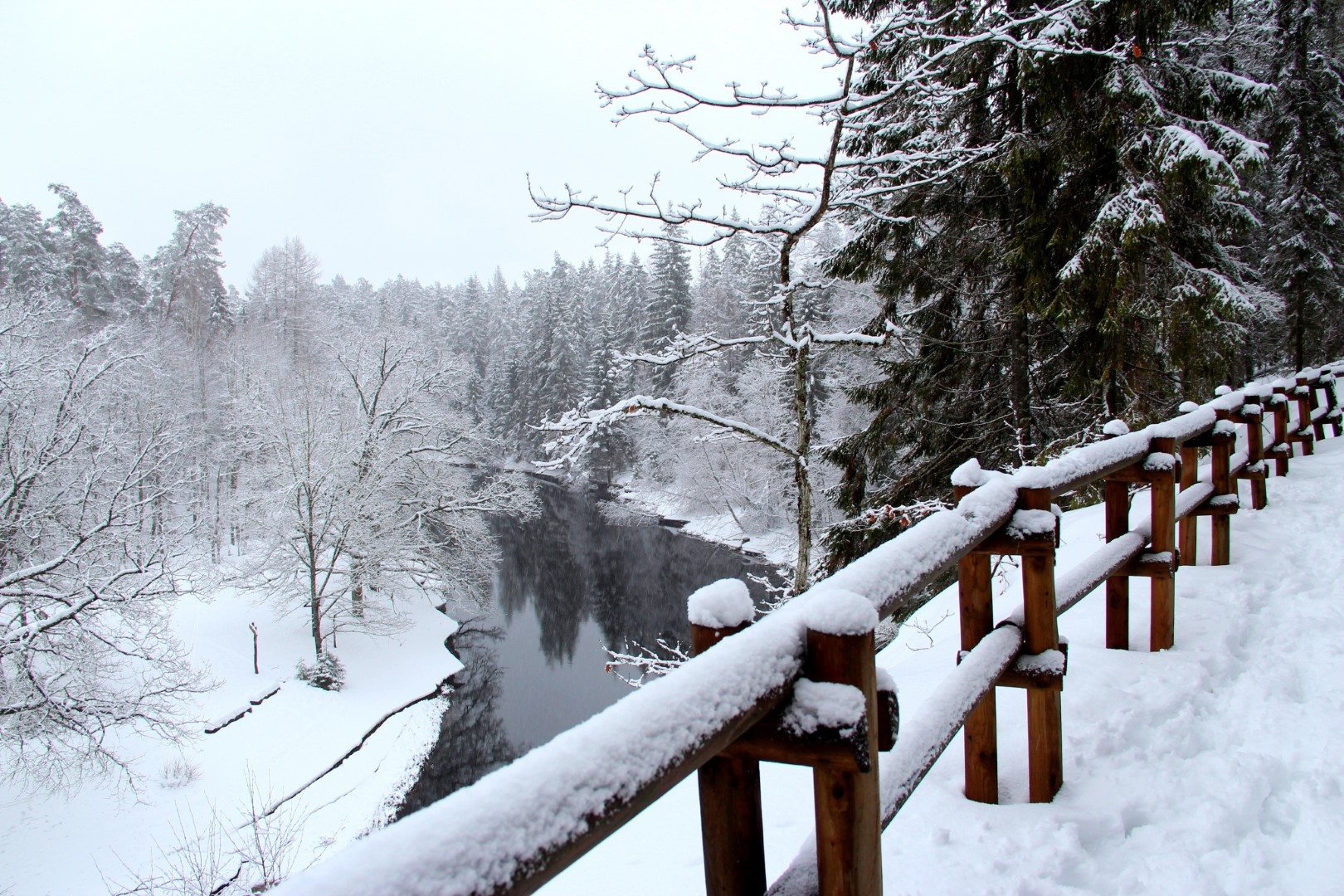 The Neļķu Cliffs (“Carnation Cliffs”) are one of the most picturesque red sandstone outcrops in Latvia, which stretch along the right bank of the Salaca at a height of 20 m and a length of 300 m. A particularly beautiful view of the cliffs opens from the Devil’s Pulpit. Once upon a time, white, fragrant sand carnations grew on the rock wall, from which the name of the rocks originated. In the 1960s, they were uprooted and considered extinct. The Dwarf Trail (“Rūķu Takas”), on the other hand, expresses the idea of ​​diligence and wisdom, symbolized by the active oak dwarfs and the owl in the Dwarf Oak, but the Werewolf Pine (“Vilkaču Priede”) is unusual for its twisted roots, which are associated with stories of people turning into werewolves.

No less magnificent is the Angel’s Cave (“Eņģeļu ala”), which got its name from the rocky outcrop, reminiscent of an angel’s wings. The most recognizable object of the park is the Skaņaiskalns cliff (Skaņaiskalns), about 20 m high, which can be seen on the left bank of the Salaca and gives the strongest echo in Latvia, with the listeners facing the cliff and the speaker in certain places in the middle or behind.

You will also find various wooden sculptures in the park and be able to swing, and it is unthinkable without flying inhabitants – birds and bats.

The trail is circular and takes about 2 hours to complete.